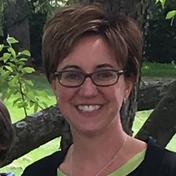 Mrs. Bodkin has been a member of the Eaton Rapids community for 12 years and is excited to be able to serve the parents and students of Humpty Dumpty.  She holds a BA in Elementary Education with a specialization in Early Childhood Education.  Mrs. Bodkin has six years of experience as a Kindergarten teacher, and has also led early childhood programs in the Eaton Rapids community, such as Toddler Time and MOPS (Mothers of Preschoolers). Mrs. Bodkin and her husband Ben have three children who are all graduates of Humpty Dumpty preschool and now attend Eaton Rapids Public Schools.  While she was a parent at Humpty Dumpty, she served as board president for several years.  She is excited to now serve the school as teacher.  Mrs. Bodkin believes that children learn through play and a preschool experience is critical stepping stone in a child's education. ​
​